The Patriot Network is based in Anderson South Carolina and has monthly meetings in various Southern cities. We are not affiliated with any other organization however some groups use names similar to ours.

Recently we have been receiving calls from people requesting refunds for money they sent to these other groups. For the sake of clarity, please take the time to verify that your intent is to contact the original Patriot Network founded by Robert Clarkson long ago. Thank you.

The purpose of The Patriot Network is THE RETURN TO CONSTITUTIONAL GOVERNMENT.

Our mission is to Protect, Preserve and Defend the US Constitution.

This is a POLITICAL Purpose and we are a POLITICAL organization. The Return to Constitutional Government means that the people in power are required to obey the law, i.e. the US Constitution.... and that means every word, exactly as it was written.

So many people, both our enemies and even our dedicated members, often do not realize the reason for our existence. The Network is a political organization, not a "tax group." H&R Block is a tax organization -- the IRS is a tax group. We are not a law organization - the ACLU and Department of Justice are legal groups.

The goal of our association and our local affiliates is to return the US Constitution to its rightful place in our nation's legal-governmental structure...not just to stop paying the taxes that we do not owe. Not submitting to IRS tyranny is one of our many programs; not a final objective or an end in itself. Our goals are explained in more detail in the Clarkson video, "The Return To Constitutional Government."

The Network has many programs: demonstrations, not paying illegal taxes, our newsletter, primary meetings, membership education, etc. These are all programs, and all are means to accomplish the end and the goal of our organization.

So many detractors and supporters misunderstand our real purpose; they see our outspoken programs and mistakenly assume that these are ends in themselvse. Not paying illegal taxes does draw a tremendous amount of attention, and this is good. We planned it that way, but that is not the purpose of our association.

Keeping what is rightfully ours is no more than a means to accomplish an important goal. In fact, many of our members pay much more in fighting the tax thieves than they would ever pay in illegal taxes. Not surrendering our property is not the end purpose of our organization, just a widely-exposed program.

The end and the final goal is this: if the well of vast wealth garnered by the collection of illegal taxes begins to dry up, the politicians can then no longer deliver on their promises of more food stamps, more "free" housing, more free medicine, et cetera, ad nauseum. The 'free lunch crowd', convinced that they have a RIGHT to the productivity of others, demands more and more 'freebies' at each election. Their support to the vote-buying politicians is contingent upon an increase in their welfare benefits, not maintenance at the same level.

Many people have many methods or plans to return to lawful government. However, the most practical one is the simplest one: Deny the spendaholic politicians our hard-earned tax dollars. Hurt the enemy where it hurts the most: Deny them a cut of our hard-earned productivity.

Secondly, deny the enemy the willing compliance and cooperation of a subdued population, i.e. bureaucratic expediency. For any government program to work, it must have the cooperation of the people. If the American people, or even a small percentage of the American people, would simply refuse to cooperate, the hated IRS would collapse. Or, if a number of people would offer active resistance, the Instant Robbery Squad would be unable to function.

The quickest and easiest path to Constitutional Restoration is a good, old-fashioned TAX REVOLT, a massive refusal of the productive sector of the population to support the unConstitutional taxing and spending programs of the national government.

Coupled with that, the road to economic freedom includes planned and organized obstruction. We must drive up the cost of administrating the corrupt tax system, to fight the taxacrats every inch of the way. This involves well-planned, active resistance, not merely non-cooperation.

The Network has programs in place to throw the proverbial monkey-wrench into the wheels of the evil machinery.

Our purpose is to win the war for freedom, not to win the fringe skirmishes. General George Washington did not win many battles, but he won a war of freedom. The American armed forces in Vietnam won every single battle but the politicians lacked the will to win the war.

Our true Patriots are not dismayed by small defeats here and there. Our eyes are focused on the ultimate objective—enforcing the United States Constitution, forcing the national government to obey every word and c1ause in the Law of the Land, and to respect the citizens' inalienable right to life, liberty and property.

We can win the battle of freedom in America by reaching out to our friends and neighbors and informing them of the good news of tax freedom. By enlisting more people to The Cause of Liberty, we can gather enough people together to force those in power to obey the law.

The politicians are only concerned about preserving their position of power, privilege and prestige. They will not obey the law unless forced to. The politicians and bureaucrats hate the Constitution because it limits their power. Power is defined as control over the lives and activities of others. The power-hungry lust to have more of this than is lawful.

We, on the other hand, only want to be left alone. We want to be free to pursue our own activities and happiness, to spend our earnings for the benefit and well-being of our families, and to live in peace and harmony with our neighbors.

If you would like more information on how you can be a part of returning this country to the principles of liberty and freedom that it was founded upon. 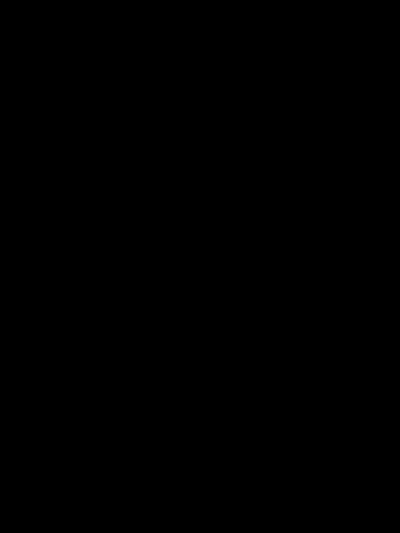 This site owned by
"The Patriot Network"

For questions about this site or to report broken links, contact PN Webmaster.